Robin Slonina from Las Vegas, USA, likes to mix it up between painting, body art and sculpture. She has exhibited in galleries and museums all over the world and been featured in numerous magazines and TV shows, but she is probably best known as a Producer and Judge on the hit body painting competition show “Skin Wars“ (Netflix).

A buzzing first experience in the German capital was the inspiration of her current body of work: a series of paintings collectively called “BE(E)”. She moved to Berlin in August 2018 from Las Vegas, in the midst of one of the worst heat waves on record, which had caused the German wasp population to boom to10 times its normal numbers. Fascinated, Slonina began researching the insects and found out that not only are the pesky yellow jackets aptly named “vespula germanica” (“German wasps”) but also that WASP was an acronym for “Women Airforce Service Pilots” back in World War II, defining a group of young women who fought an uphill battle in a male-dominated field to earn their right to assist the US airforce.

These elements of climate change, terminology and history, combined with the influence of Berlin’s street art, all found their way into her paintings: soon human/insect hybrids started dancing across her artwork. All paintings in the BE series have hidden text and color choices reflecting individual messages such as “BE Grateful”, “BE Kind” and „BE Generous.”

The artist states: “BE is for bees, BE is for being, BE is for Berlin“, but her work also invites us to reflect on the consequences on nature due to global warming.

This current series of paintings has been created exclusively for LUCKY GALLERY. 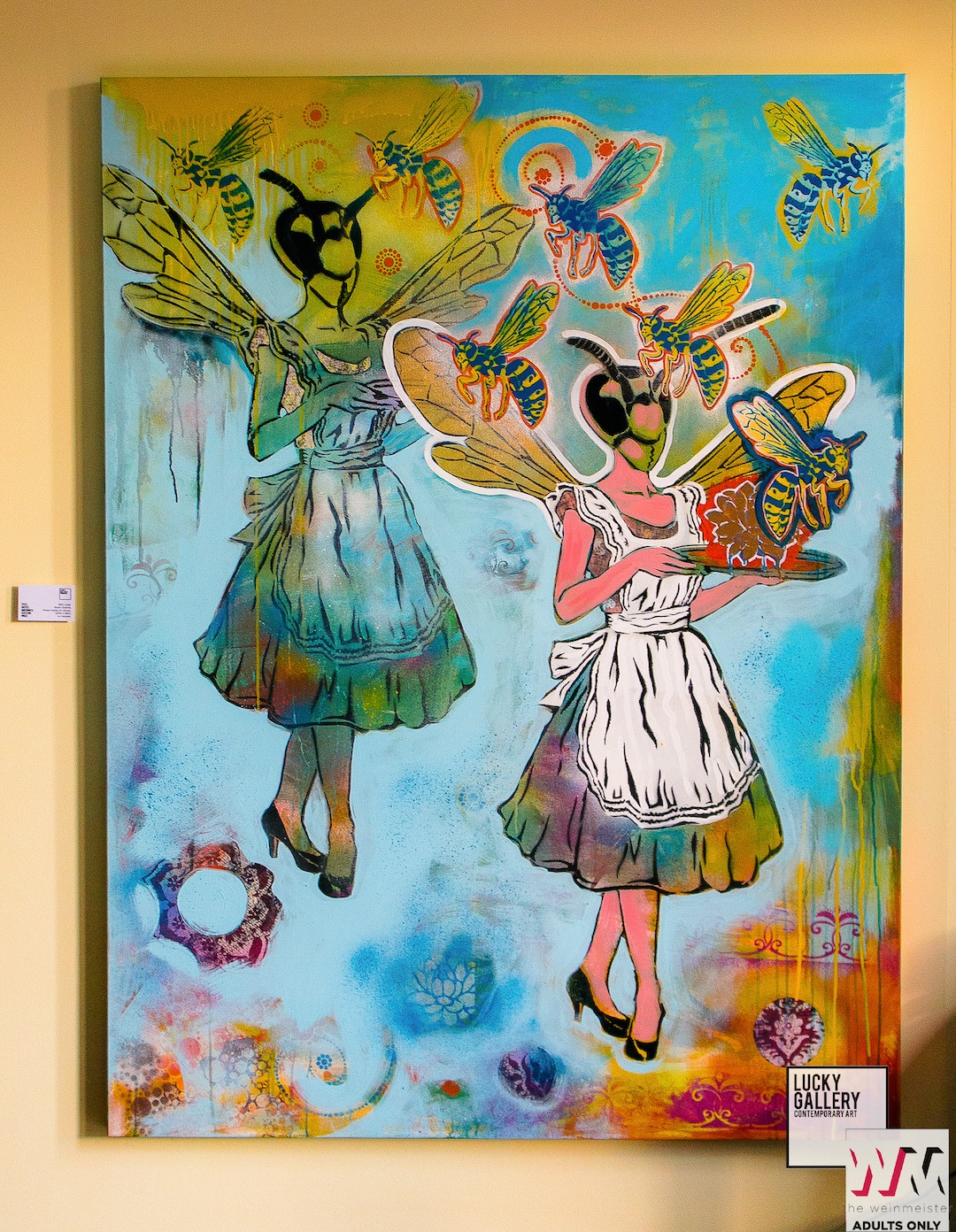 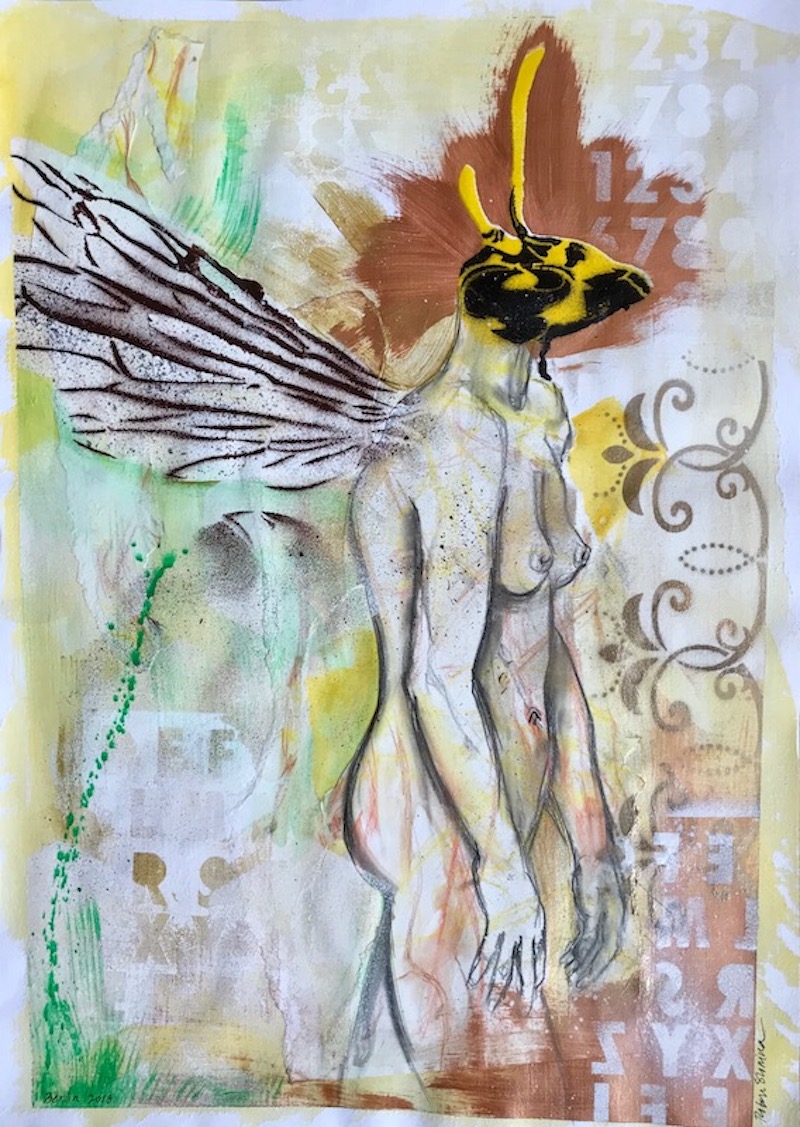 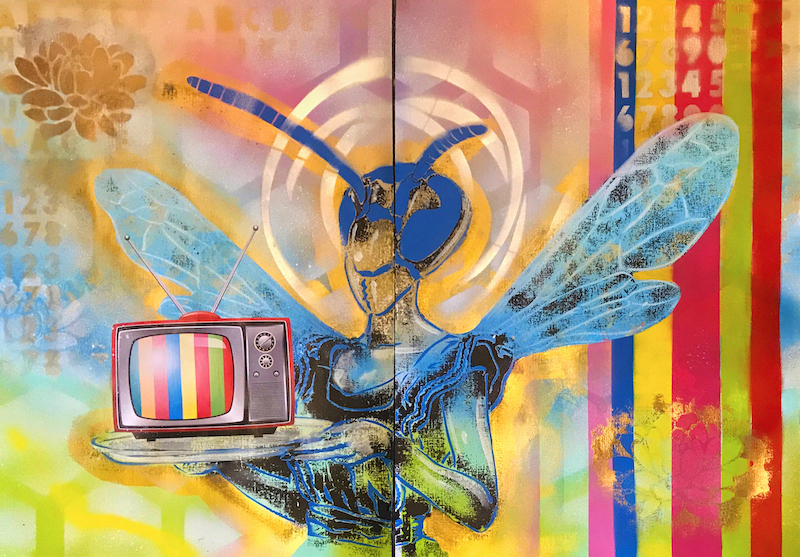 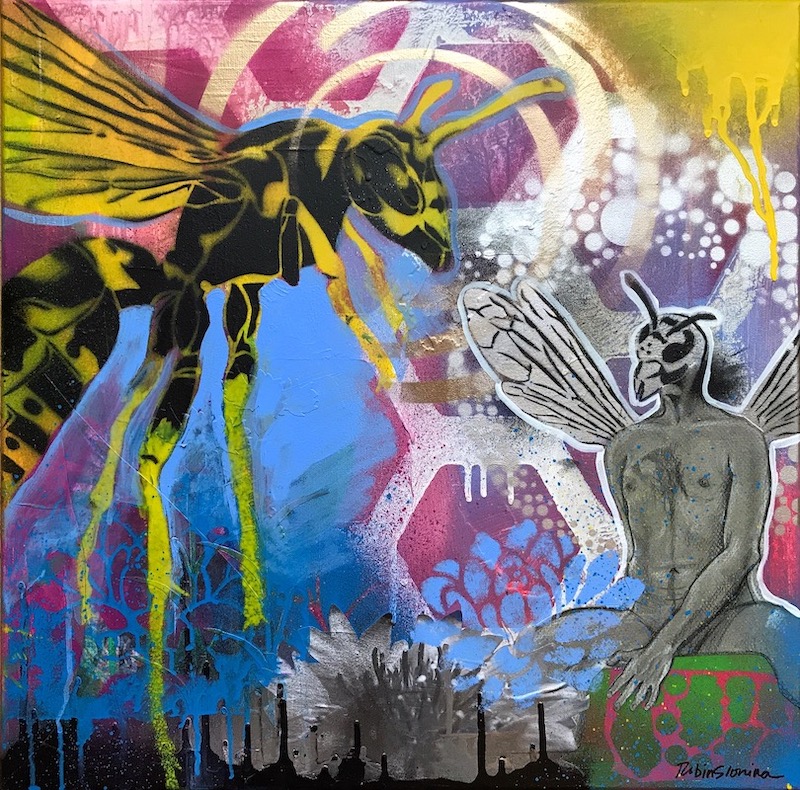 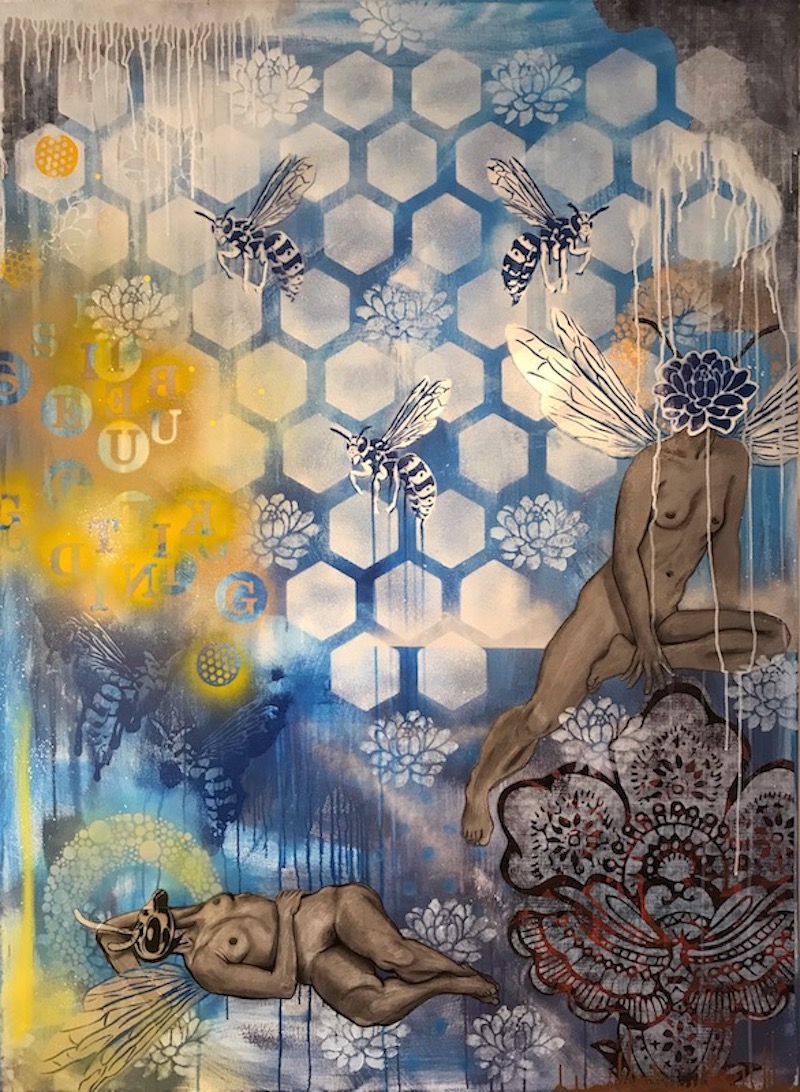 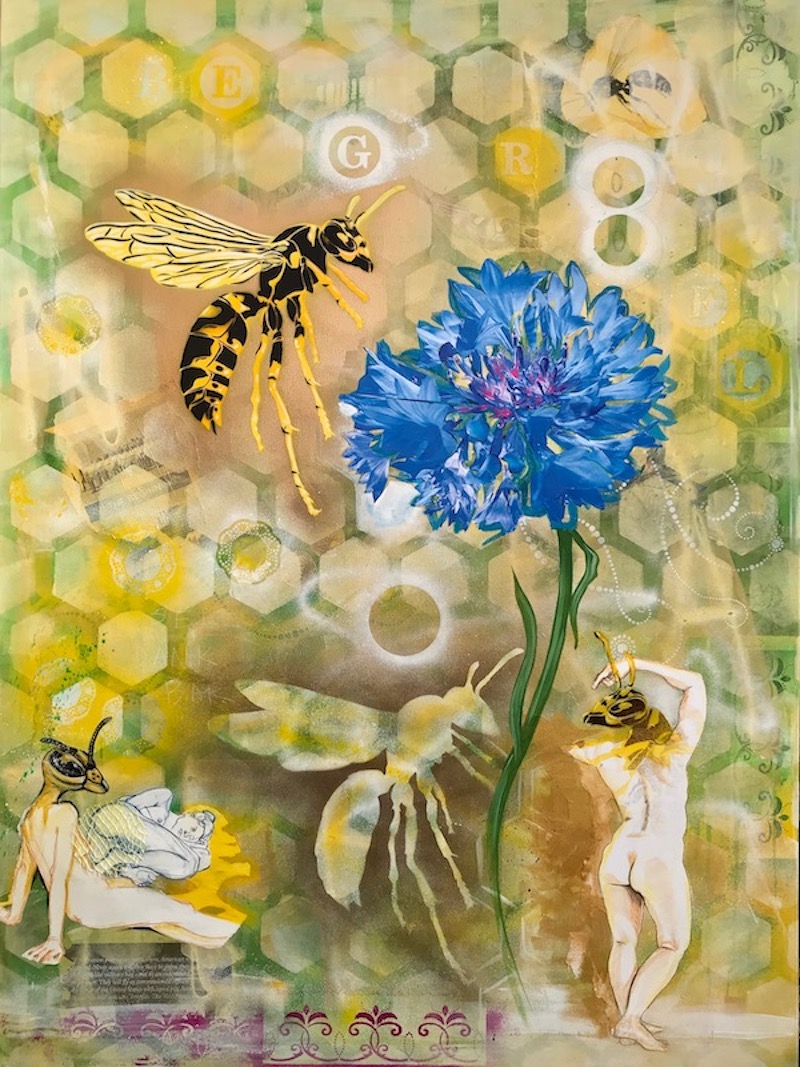 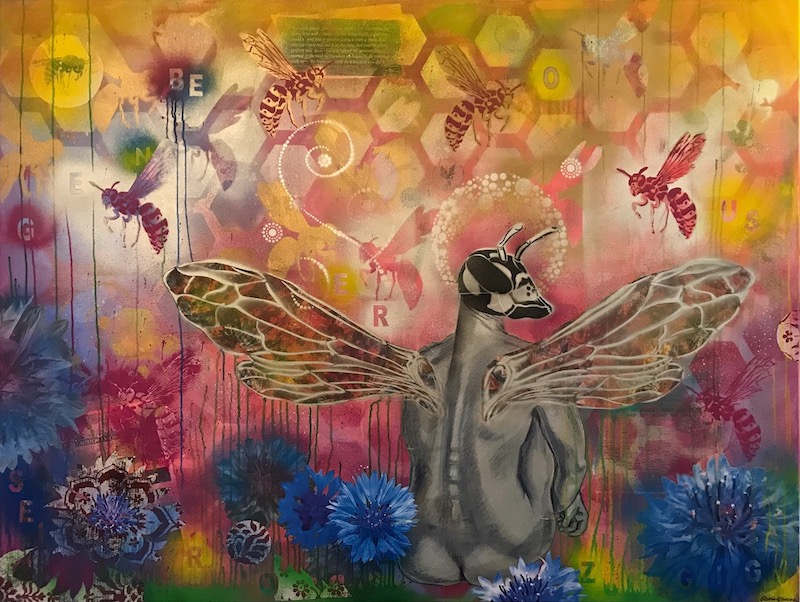 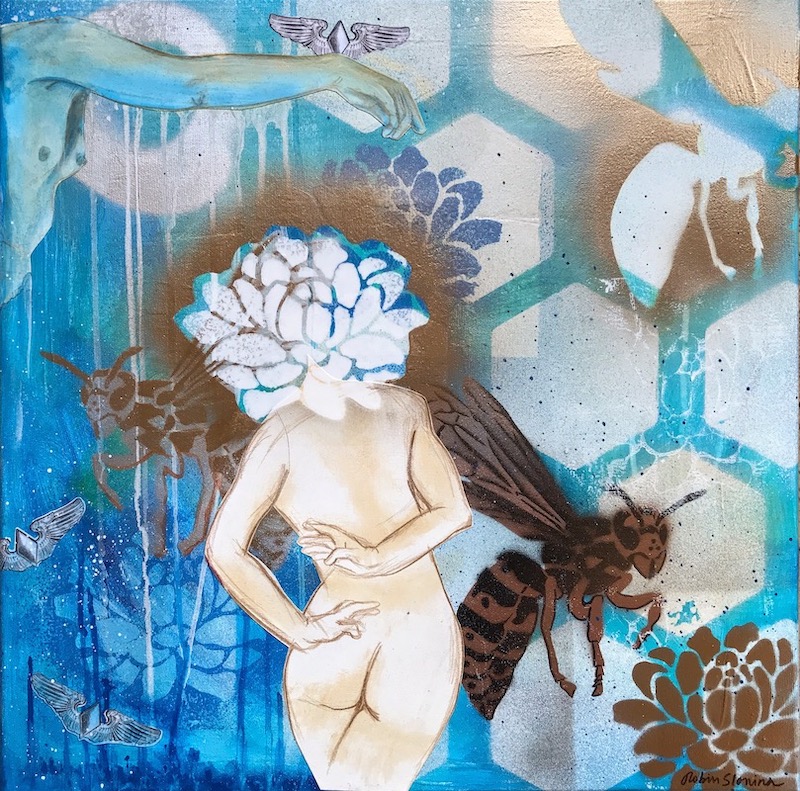 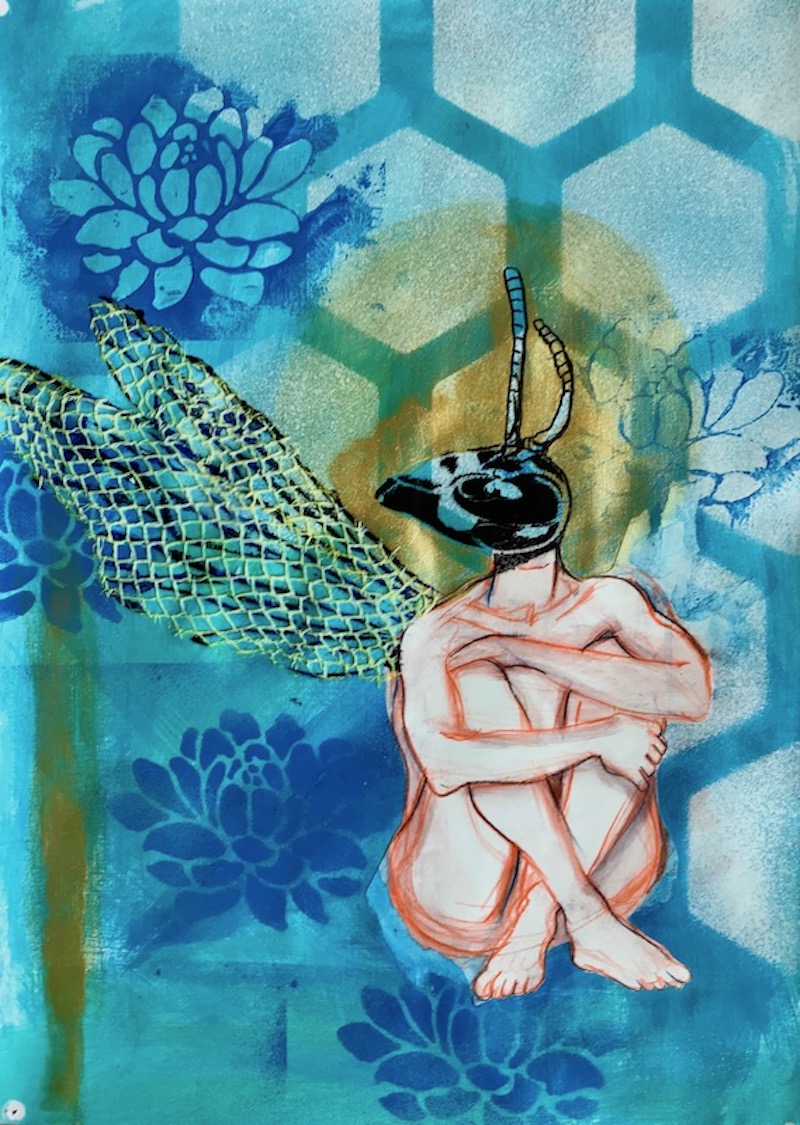 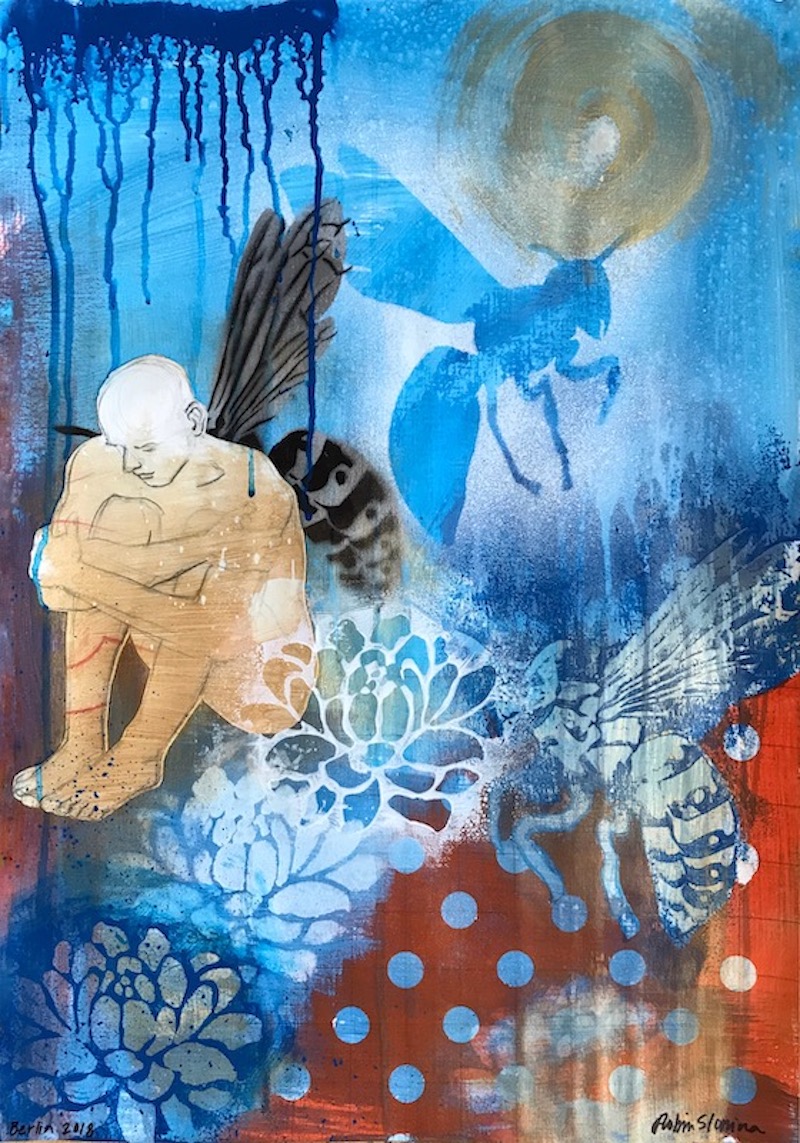 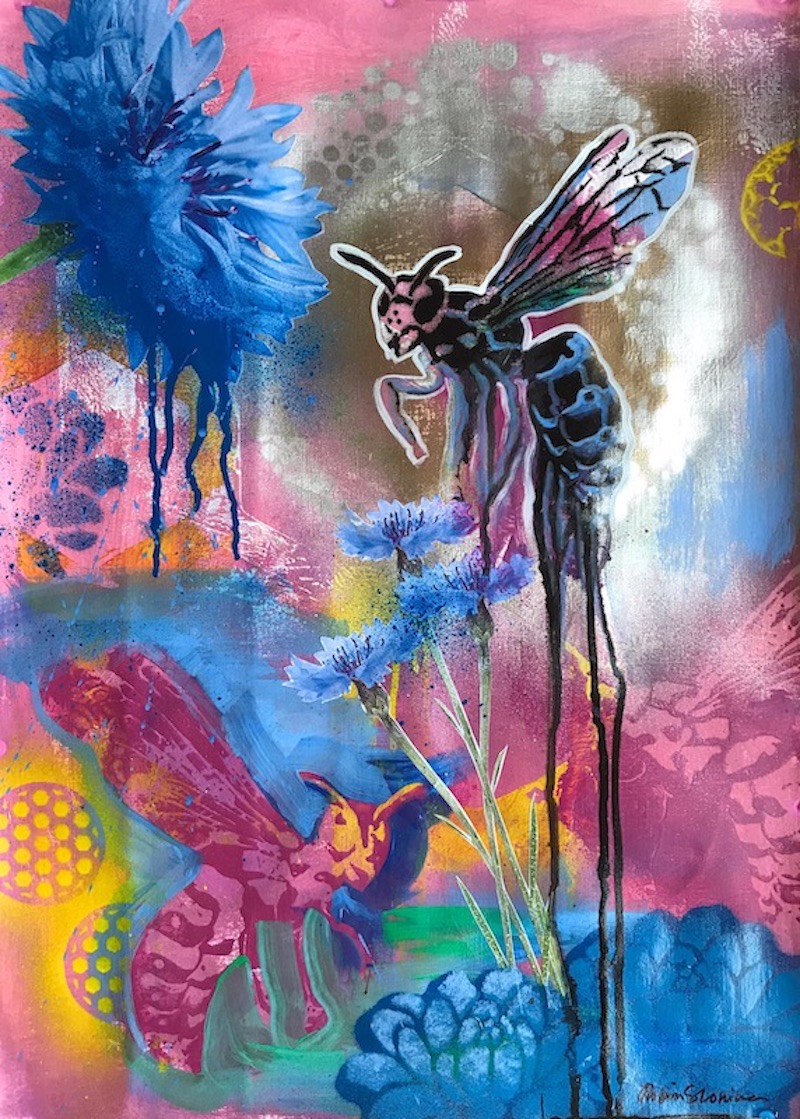